A noted Los Angeles developer has expressed interest in purchasing and improving multiple properties in southern areas of the city to turn Fresno into “a family-friendly entertainment destination.”

Sonnenblick Development will present to the Fresno City Council this week on its proposal to purchase and improve the Selland Arena, Valdez Hall and the Saroyan Theatre if and when it becomes available. The council also will negotiate the sale of Selland in closed session with Sonnenblick.

“We think they’re highly underutilized under the city’s ownership and they would be much more successful in private, entrepreneurial hands,” Robert Sonnenblick said in a phone interview with The Bee.

Sonnenblick said he’s also met with Fresno County officials and is interested in purchasing portions of the Fresno Fairgrounds and the former University Medical Center. He declined to outline his vision for those properties, citing potential competition.

“The opportunities in Fresno are fabulous,” he said. “Fresno’s got a very stable population with good, hard-working people, and it just doesn’t have the right entertainment venues made available to the public.”

Last month, Mayor Jerry Dyer and Councilmember Miguel Arias confirmed to The Bee they gave Sonnenblick representatives a tour of the city and made offers to purchase city property and develop other projects in downtown and along Highway 99 in south Fresno. Projects could include amusement park, indoor water park, revitalized arena, hotels and student housing, they said. Sonnenblick has previously publicly talked about his work with Six Flags, though no one has confirmed whether that’s the amusement park that could come to Fresno.

Arias told The Bee on Monday that Sonnenblick proposed $16 million in renovations to the Selland Arena and wants to bring the events promoter and venue operator Live Nation to the venue. Sonnenblick again declined to outline his plans for the venues, citing competition.

“It would be a game changer for downtown to be reinvested in and be a competitor to The Save Mart Center,” Arias said.

As for the former hospital campus, Arias said it’s “a dying asset that’s begging for reinvestment.” Any investment would also benefit the next-door Huntington Boulevard neighborhood, he said. The Bee reached out to county officials for comment and will update this story.

The county previously secured a development deal to turn the UMC campus into housing, but that deal deteriorated when a key county staffer was arrested and charged with conflict of interest related to the deal. The city later pulled out of the deal.

Councilmember Nelson Esparza noted that Fuego FC already had the chance to present its offer to the city council, so Thursday’s agenda items give Sonnenblick the same chance.

If city officials do decide to sell any of its properties, the city must issue a request for proposals and consider the public offers.

The mayor still is interested in seeing a soccer stadium in downtown because he believes the demand is there, he said.

“However this eventually turns out, the goal is to maximize the number of people that come downtown for entertainment, whether that’s soccer, baseball, concerts or any other activity,” Dyer said.

Sonnenblick also expressed interested in Chukchansi Park, Dyer said, but any deal there would be much more complicated because of the city’s debt owed and the bonds involved.

“That’s another example of an asset that would do much better financially and serve the residents better if it were held in private hands,” Sonnenblick said.

Overall, Dyer said lots of developers — both locally and from out of town — are interested in Fresno.

Brianna Calix covers Fresno City Hall for The Bee, where she works to hold public officials accountable and shine a light on issues that deeply affect residents’ lives. She previously worked for The Bee’s sister paper, the Merced Sun-Star, and earned her bachelor’s degree from Fresno State.

Fri Aug 20 , 2021
On the Greek island of Mykonos, a jewelry store has been transformed by creative agency Saint of Athens into a 1960s swimming pool. The delightfully vintage, pastel blue look of the place has got fans of the American director Wes Anderson, known for his taste for symmetry and impeccable choice […] 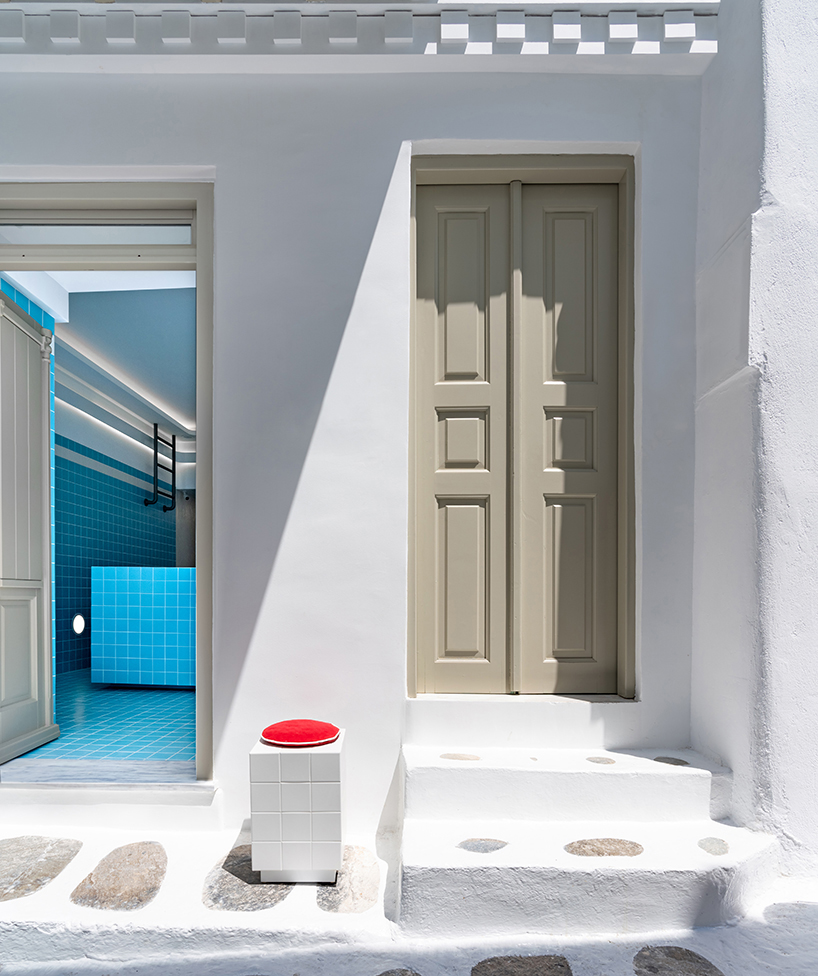