The houseplant wave went tidal with the pandemic, and Seattle plant moms and dads are riding that wave. They hunt, they swap, they flip rare plants for cash, which helps them buy — more plants.

A celebrity hit Seattle stores recently, rippling through social media. It was Philodendron erubuscens ‘Pink Princess’ — whose hashtag has over 133,000 posts on Instagram. If one were to dream up a perfect plant to trend in 2019, this would have been that plant. Philodendrons were already hot.  Variegated versions — meaning splotched, speckled, or striped — even hotter. ‘Pink Princess’ sports shield-shaped leaves mottled in white, black, burgundy and hot pink — basically a philodendron redone in pink camo.  Who wouldn’t want luscious leaves to match your hoodie?

Neil Silverman, co-owner of Fremont’s Peace Love and Happiness Club, says ‘Pink Princess’ has been the entry point for many getting into tropical plant collecting thanks in large part to social media — a major driver in the plant trade economy.

Averaging $50 to $89 for a young plant in a 4-inch pot, these Philodendron ‘Pink Princesses’ are a bargain — three years ago, a single PPP leaf could sell for $500 or more on Etsy or eBay. Some stores posted limits on sales per customer to prevent flipping for hundreds of dollars per plant — not to mention future sales if you propagate new plants from one first.

Not your typical house plants

We’re not talking about your everyday houseplants here. We’re talking about plants so rare they may fetch hundreds of dollars on the open market for a single leaf or cutting — which may not have grown roots yet. Prices online and for individual trades vary widely, spiked by trends and scarcity. They can be influenced by market availability, import costs and a plant’s difficulty and speed of propagation.

Typical houseplants found in most stores are the ones that can tolerate the same conditions we like to live in: say 55 to 80 degrees, with low to moderate humidity.  Most other plants require higher light, heat and/or humidity levels than Seattle offers in general, much less in a basement apartment.

Just like any kind of collecting, from rare books to snow globes, the more unique something is the more you can charge. The most-coveted collector’s plants tend to the extreme — in beauty, novelty or weirdness. Maybe it’s a new-to-you species or an old species reimagined in an unusual color, with splashy variegation or striking features. For instance, Monstera adansonii, also known as the Swiss cheese plant — a vining philodendron with holey leaves — is nice. But rarely seen look-alike  M. obliqua is skeletal — actually more hole than leaf. And black-flowered anthuriums are more desirable than the more common white ones.

Ironically, the variegation that is so prized makes a plant slower and more difficult to grow because of lower chlorophyll levels, says Miles Jonard, owner of The Plant Store in White Center, who has a master’s degree in plant physiology.  Yet this doesn’t diminish their desirability — it just makes people work harder to grow that plant.

“This variegation decreases their fitness, which makes them more scarce,” Jonard said. “Then if something becomes very popular, usually because of social media, it drives the price up. We saw this with Philodendron ‘Pink Princess.’”

Once a collector plant hits retail stores, especially larger box stores, its price plummets because of increased supply. When a wholesale grower for Fred Meyer and Home Depot such as Florida-based Costa Farms gets stock to propagate, that signals the downward curve. ‘Pink Princess’ has already passed her crown on to other, more rare collectibles.

People still remember the early morning lines when a handful of Monstera deliciosa ‘Thai Constellation’ — an upgrade on the fashionable plain green Monstera with leaves splashed in white — dropped at Fred Meyer.

On Sept. 5, Peace Love and Happiness Club, while keeping its original location stocked with bread-and-butter houseplants such as ZZ plants and peace lilies, opened a new 5,000 square-foot collector-focused store in Fremont to house rarities like Philodendron billietiae variegata, priced at $18,888. About 3,500 square feet is greenhouse space for propagation, intensive care and quarantining imported stock. There is a camera system.

PLHC used to sell clothing as well at its first store, but when Silverman saw the interest in plants rising early in the pandemic, he and his partner donated the gifts and clothing they were selling to focus entirely on plants — he estimates an average of about 10,000 plants in the store at any time.

“The call for plants became so large, we were storing them in our apartment, which became hot and swampy. Not a workable lifestyle,” Silverman said.

PLHC grows its inventory with the customers’ interests. “Hoyas are one of those categories people just go crazy for,” Silverman said, like Hoya kerrii, which, if you can coax it to bloom, smells like burned caramel.

PLHC gets regulars coming in from Portland and Vancouver, Washington, on the weekends for the latest and sells online as well.

“These plants bring people so much joy, it became my mission to try to provide it,” Silverman said. “During the lockdown, people came in with their eyes glistening about their sick friends and how happy plants were making them.”

Jonard agrees that “biophilia”— the way nature lifts our mood and mental state — is a prime motivator. His 800-square-foot Plant Store sells some collector plants, offers free roses to weekend visitors, has a pay-what-you-wish section and sells cuttings for as low as $1.

Dan Cura, 16, of Ballard, was hit hard by plant love in fourth grade after watching a YouTube video titled something like, “The Top 10 Plants That Can Kill You.” This led to him collecting carnivorous plants, orchids and aroids — the massive botanical family that includes philodendrons and peace lilies. Since then, he has sold rare plants to local nurseries and at farmers markets, became president of his high school’s plant club, and started a yard care business with a friend.

“Being in charge of something that’s alive, it’s satisfying. They’re like my children …I’m 16, and I have plants,” he says laughing.

Growing in an 8-by-8 backyard greenhouse, most of Cura’s plants were ordered from Southeast Asia online or grown from cuttings gifted while volunteering in greenhouse production for the Amazon Spheres and Volunteer Park Conservatory.

“I didn’t get paid, but they were happy to offer me plants,” he said. Most of his slipper orchid collection originates from Volunteer Park.

How many plants does he have altogether? “Honestly I haven’t counted in years — I’m guessing there’s hundreds,” Cura said.

Facebook groups like Seattle House Plant Enthusiasts and Sound Locals Plant Purge hold or enable swaps and sales, while Seattle Houseplant Watch gives you the skinny on who has the hottest plants in town today.

Taylor Stewart garners much of her collection through swaps, propagating and divesting older plants to trade up for coveted collectibles.  She’s met like-minded friends through the online community and finds trading in a small group keeps the prices down because you know each other. Her most expensive purchase was a damaged Philodendron ‘Strawberry Shake’ she bought for $100 instead of $250 because its only growing node was rotting. Working at Ravenna Gardens, she loves both growing and decorating with plants.

“I got a plant, it grew — it made me really happy — and I kept buying more plants,” she said. “The nature of keeping plants is you can share a piece of them without missing anything. It lends a more sharing quality than some other hobbies.”

Like many, she discovered it’s much easier to grow these more select plants by creating a controlled environment. Enter the Ikea greenhouse trend. Take an affordable bookshelf or display case, add ceiling-mounted LED lights on each shelf, and voilà! Instant haven.

In addition to creating several Ikea greenhouses/light shelves, she also repotted her entire plant collection from soil into LECA, or lightweight expanded clay aggregate, also known as passive hydroponics, which creates a self-watering system. They look like overgrown malted milk balls, but they have many benefits over using soil.

“I did this more for myself than my plants because maintenance is a lot easier,” she said. “It was hours and hours of work. It took about three months. The LECA is porous, so your substrate is the watering wick. It’s really easy to tell when to water them — if the reservoir is low, they are thirsty.”

As obsessions go, if you stay within your budget, plants are a pretty useful one. Plant therapy programs in schools, nursing homes and prisons show us that taking care of plants makes us feel good.

As another collector, Casey Fee from Capitol Hill, said, “I love plants because they are communicative, beautiful and something about them helps me calm down after a tough day. I really enjoy observing them and watching the small changes that are constantly happening.”

Both Silverman and Jonard saw spikes in sales at the beginning of the pandemic and last fall, followed by a slight leveling off, and now an uptick as people return indoors with cooler weather. 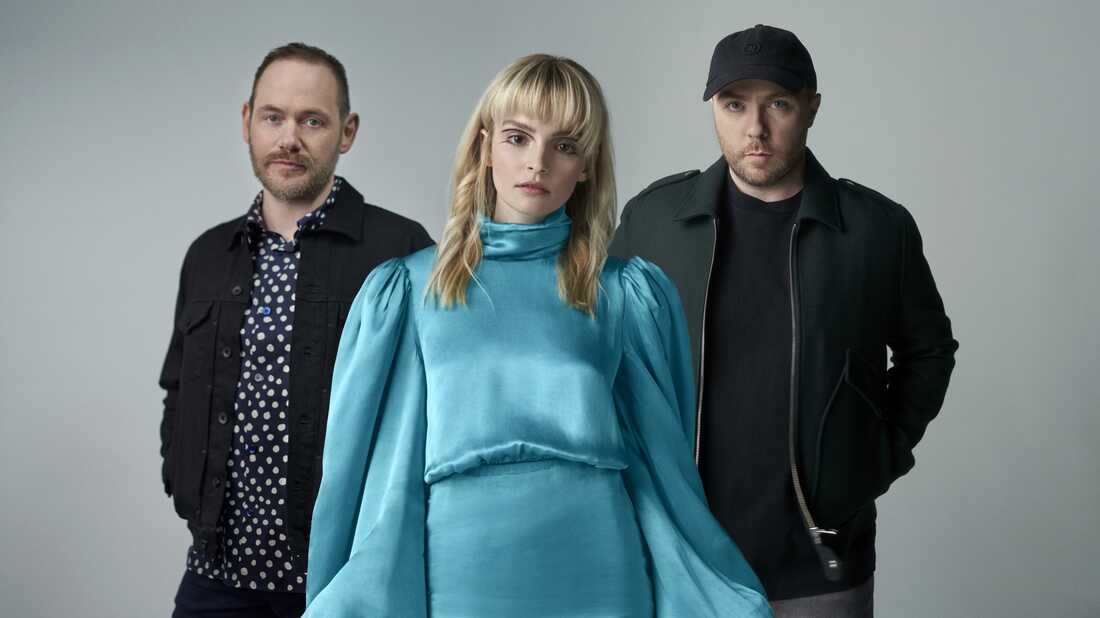