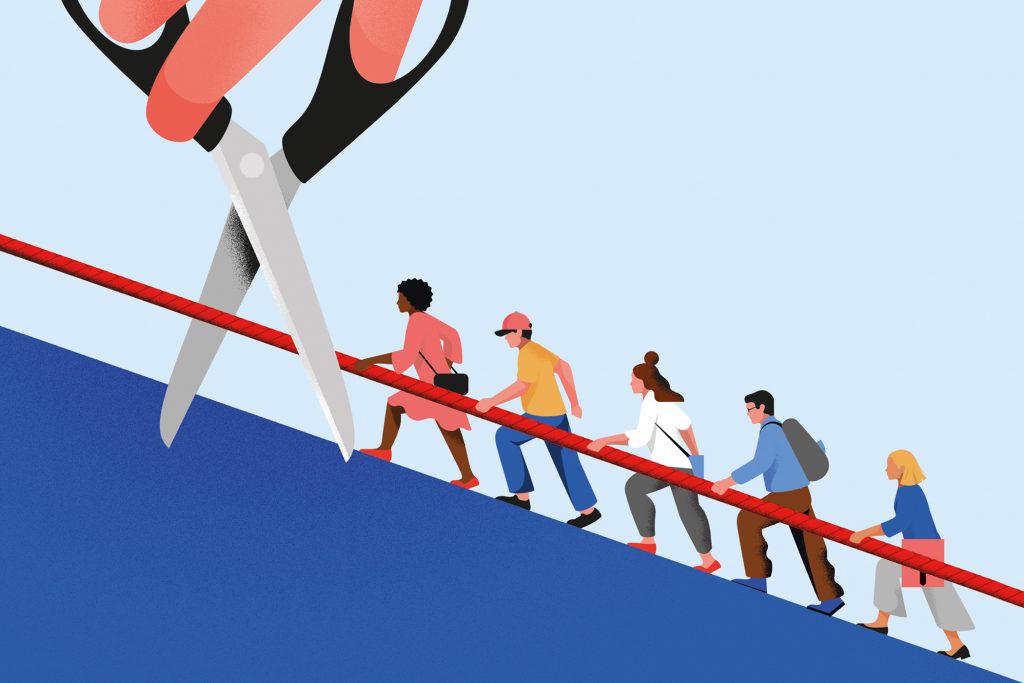 Fifteen months after it was first introduced to protect UK businesses and their staff from sweeping redundancies during the pandemic, the Coronavirus Job Retention Scheme has begun the process of winding down. First announced on March 20 last year, the scheme allows companies operating a reduced capacity due to the pandemic to furlough staff, with government paying 80% of their salary up to a maximum of £2,500 per month.

Backdated to 1 March 2020 by chancellor Rishi Sunak, the scheme was originally meant to last until the end of July the same year but has since been extended four times, first until October, then December, then March and finally until the end of September 2021.

The furlough scheme was a lifeline for many fashion businesses during the pandemic. Could its end spell disaster for brands and retailers, their staff and the future prospects of the industry at large?

Fashion retailers and manufacturers have relied heavily on the £64bn channelled into the furlough scheme by the government. At the height of the first lockdown in March 2020, around 1 million people working in retail were furloughed in the UK, the British Retail Consortium (BRC) estimates. Fashion retailers were disproportionately represented as, while food sales rose 5.4% year on year in 2020, the closure of “non-essential” stores for four months meant non-food sales, which includes fashion, declined by 5%. Then in 2021 non-essential stores were closed for another 13 weeks.

“There is a further polarisation between the non-food retailers, as retailers trading in homewares and computing benefited from consumers remaining indoors, and the fashion ones suffered for the same reason,” explains Tamara Hill, employment skills adviser at the BRC.

Even large high street fashion chains, such as Asos, Primark and Marks & Spencer, temporarily took advantage of the scheme as a result of declining sales, furloughing tens of thousands of their shop and distribution staff in the first half of 2020. However, many agreed to pay back furlough money as sales recovered: Asos returned £1.8m to the government in July 2020, after online sales surged, while in April 2021, Primark announced it would return £121m claimed under government support schemes, including furlough, after record sales once stores were reopened.

For smaller businesses though, the furlough scheme has been a longer-term source of support, and in some cases meant the difference between staying afloat or not.

“I had no choice but to put staff on furlough or we would’ve just run out of cash straight away,” says Jennifer Bailey, founder and CEO of women’s footwear brand Calla. With lockdown delivering a significant dent in the sales of heels and work shoes, Bailey says she furloughed all three members of staff, two marketers and one in operations, from March 2020. One staff member was later made redundant in June, she explains, and she hopes to bring back the remaining two team members by August on a part-time basis as the business gradually recovers.

At leather bag and briefcase manufacturer Maxwell Scott, the ability to furlough four of its staff, keeping only management and dispatch teams in place, allowed it to mitigate the worst impacts of the pandemic from March to June 2020, says CEO William Forshaw: “Once everyone was sent home and went into lockdown, nobody was travelling or going to work, so that market disintegrated. We were trying to work out what do because we had all these staff potentially working from home and there was nothing for them to do, as the day-to-day running of the business had completely changed.”

However, as restrictions eased, so, too, has reliance on the scheme. Forshaw, for example, says the business was able to pivot and adapt to new buying behaviours, changing its focus to gifting and accessories, and it brought back three of its four furloughed staff as of July 2020, although it was forced to make the fourth role redundant.

It is a similar story at mother and baby retailer JoJo Maman Bébé, which initially furloughed the retail teams from its 99 stores and one-third of head office staff. Of the 1,000 staff, 750 from every department except distribution – including accounts, marketing and graphics – were on furlough.

The business has now reduced that to “a handful of people”, says founder and CEO Laura Tenison. “We have minimal use of the scheme now – literally a handful of people – and we have published an announcement to our retail teams that we no longer expect furlough to be used from the end of [July]. 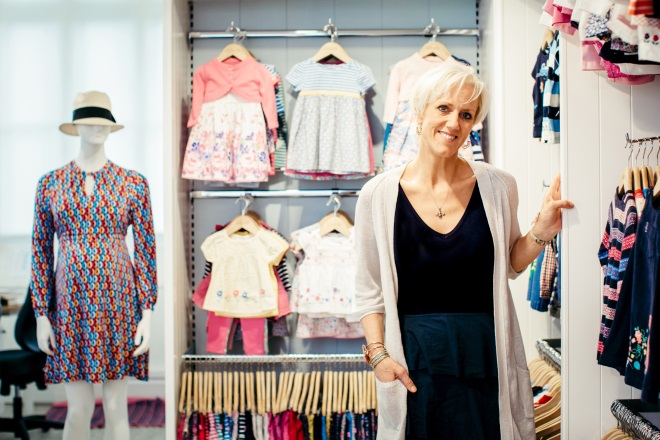 “We started to phase our teams off furlough and back into the business over the past six months, with a skeleton team in each store during most of lockdown to facilitate click and collect from the door where this was allowed and gradually ramping back up to prepare for reopening.”

This gradual weaning off the furlough scheme since April, when non-essential stores were allowed to reopen, is reflected across national figures. As of 31 May, only 7,200 workers in the clothing manufacturing industry, and 23,700 workers in non-specialised retail outlets were on furlough in the UK, HMRC data shows. That compares with 11,000 and 52,200 respectively just two months earlier, on 31 March.

“Reopening has started to ease reliance on the furlough scheme, but shops are still quiet and there is a significant doubt that the high street will ever return to its pre-Covid days,” says Amanda Lennon, employment partner at law firm Spencer West.

“The furlough scheme has kept many businesses afloat, but I am expecting retailers to have to significantly rethink their positions once the furlough scheme is withdrawn. Inevitably there will be more store closures, job losses and rationalisation, particularly of big stores.”

The prospect that an end to the furlough scheme may lead to further redundancies is leaving many furloughed workers with anxiety, points out Ruby Slevin, co-founder and head designer at women’s tailoring brand Banshee of Savile Row.

“A lot of people we work with on Savile Row who have been furloughed are very nervous about their job security. People are worried the economy will go into a recession after all the lockdowns, and employers won’t have enough income to continue to pay them. People who have been kept on furlough since March last year are concerned their jobs are no longer needed. It is very unsettling for people as they try to plan for the future.”

The furlough scheme by numbers

As a result of the pandemic several big fashion companies have announced redundancies and store closures. As exclusively revealed by Drapersonline.com last month, Gap is set to close all 81 of its stores across the UK and Republic of Ireland as of 30 September, affecting around 1,000 retail employees. Meanwhile, Asos is cutting around 38 employees across its Topshop, Topman and Miss Selfridge brands. Roles in buying, design and merchandising are affected. Drapers’ redundancies tracker shows that as of 1 July, 44,220 fashion retail jobs have been lost since the beginning of Covid.

“The furlough scheme has been a lifeline to many brands, and to simply come to a dead stop may well damage many, even those who have weathered the storm,” says Rick Smith, managing director of insolvency firm Forbes Burton.

Legacy brands, or more traditional high street operators that have failed to respond to changing consumer expectations of online, are most at risk: “More traditional fashion brands may well have survived until now on customer loyalty and identity, but the pandemic and a changing way of life may well squeeze these kinds of companies to their limit. The names dropping off the high street such as Topshop and the Arcadia Group are simply the first ones to fall. It will be very surprising if we don’t see large names falling by the wayside soon.” 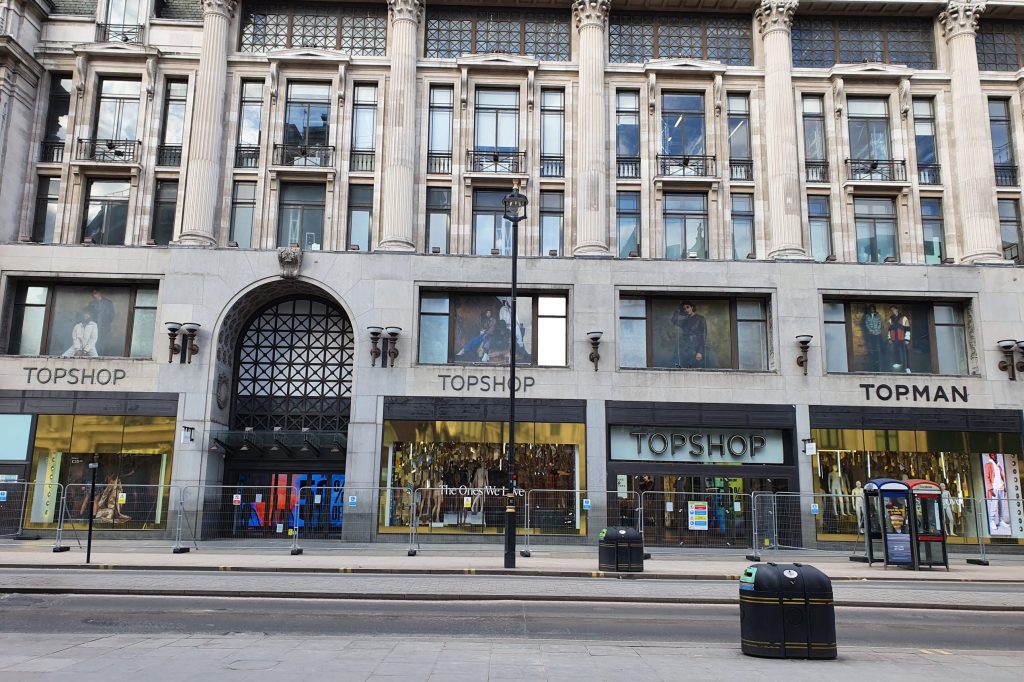 An end to the furlough scheme will only serve to highlight structural problems within fashion that existed prior to the pandemic, he adds: “The high street was already in a state of terminal decline before the pandemic and the furlough lifeline may well have extended the life of some brands that should have actually failed.”

Maxwell Scott’s Forshaw echoes this: “The retail industry has changed for good. The pandemic has accelerated the impact of online shopping and a lot more high street shops won’t be able to pull through. There will be some businesses clinging on through the furlough scheme. As soon as that ends, there’ll definitely be some companies that won’t be able to survive.”

The BRC’s Hill agrees that “the structural change sweeping the industry will lead to fewer retail jobs generally”, but adds the government could introduce further support once the furlough scheme ends to ease the impact of the transition in the sector. The BRC is calling for 100% business rates relief in England, as the cap on rates relief from 1 July covers only “a tiny fraction” of [retailers’] total liability. From 1 April to 30 June 2021, retailers were able to claim up to 100% business rates relief, but from 1 July that relief fell to 66%, capped at £2m per eligible business. 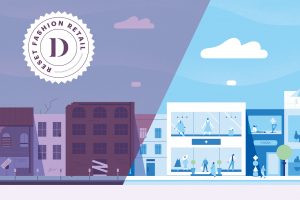 “The economic bounce-back will likely be losing steam by the autumn, so the chancellor must keep the level of rates relief from July under active review and increase it if necessary. Longer term, it is clear that the business rates system is broken. The chancellor will announce the results of the Treasury’s fundamental review in the autumn, and this must bring a lowering of the rates tax burden as promised. If it doesn’t, we will see more jobs lost and shops forced to close, hurting staff, the customers they serve, and jeopardising future tax revenue.”

Forshaw does not believe further redundancies will have an impact on the appeal of the fashion industry as a place to work, however, as it reflects an evolution rather than an end to the opportunities within the sector: “I don’t think it should affect people’s decisions as to whether or not they enter into the fashion industry. Though the media is good at accentuating the downsides of [retail], the reality is that people are still spending and online is booming.”

Meanwhile, Banshee of Savile Row’s Slevin notes an influx in people starting out in fashion or upskilling as a result of lockdown: “People have used the time to make career changes, and get into fashion and tailoring by interning or apprenticing. People who are older and may not have had that opportunity pre-pandemic. So they are using this time to start a new career.”

The easing of restrictions has allowed many brands and retailers to reduce or bring to an end their reliance on the government furlough scheme over the last four months but the plan to withdraw all support by the end of September will likely bring with it another round of redundancies, store closures and insolvencies. The effects of the pandemic are still being felt by the fashion industry, as footfall and sales continue to recover – the imminent end to government support looks set to lay that bare.

Wed Aug 18 , 2021
Mankwe Ndosi, who has been surprising, beguiling and challenging audiences for years, will release her latest album at the Cedar tonight (Friday, Aug. 13) with a live improvised performance. It won’t be like anything you’ve heard before. Wordless vocals, breaths, high notes and growls will twine together with cello, drums, […]