“It’s like, ‘How dare a pop star be fat?’…I had to own that,” said the Grammy-winning musician

One thing about Lizzo, she’s always going to spread self-love and body positivity. The same can’t be said for the entertainment industry, according to the three-time Grammy-winning singer and songwriter.

On Friday, the 33-year-old sat down with radio host Zane Lowe for an interview on Apple Music’s New Music Daily web show, where she opened up about her experiences as a Black, plus-sized woman in the public spotlight, saying she has never had the “luxury of hiding behind anything.”

Lizzo said an aspect of her career that has been hard for her to “grasp” is that she has influenced a movement just by “being herself.” She recalled seeing an increase in the on-screen representation of plus-sized women after she wrote and released a song with the words “I’m in love with myself” repeated over and over.

“I was like, you know what? I’ve never heard anyone say that in a song so I’m going to say it. And I did it just kind of off the cuff, silly, funny, but I didn’t realize it would start this whole thing,” Lizzo told Lowe.

“I was watching a commercial and it was these big girls in it and it had nothing to do with being big. And I was like, did I do that, did I do that?” she said.

She continued to address body insecurities, saying that as a plus-sized woman she has never had the “luxury” of hiding behind a “marketable” outer appearance.

“I feel like fat is the worst thing people can say about me at this point,” Lizzo said. “This is the biggest insecurity. It’s like, ‘How dare a pop star be fat?’…I had to own that.”

“I feel like other people who were put on that pedestal, or who become pop stars, probably have other insecurities or have other flaws, but they can hide it behind a veneer of being sexy and being marketable,” she added.

British mom makes jewelry out of her own breast milk

Wed Aug 18 , 2021
She’s milking it. Alison Hawthorn needed something to pass the time away during quarantine, so the British mom of four did what any bored parent would do — create a jewelry line out of breast milk. Hawthorn, 30, started her business during lockdown last year in her hometown of Wirral, […] 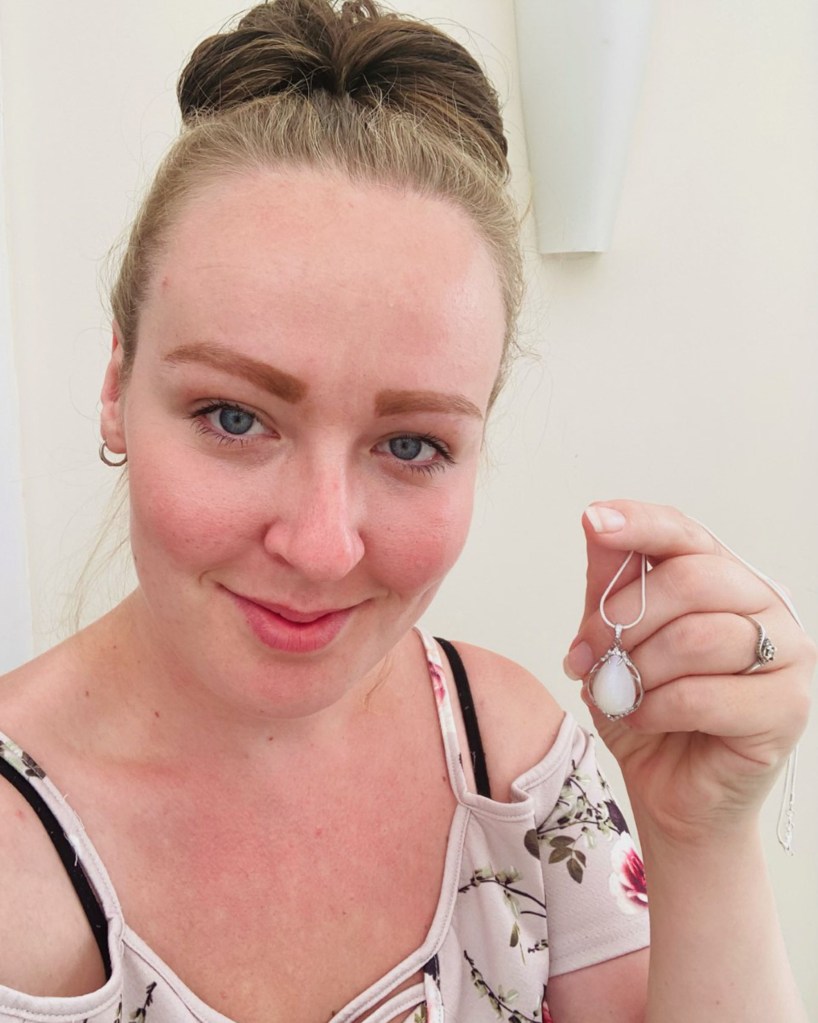