You could say that the past five years have been an emotional tsunami for Imagine Dragons.

Between 2015 and 2018, the band released three smash albums. They traveled much of the globe through 2019 and maintained a ubiquitous presence on radio.

Their steady success – now heading toward a decade since their debut single, “It’s Time” – equated to a whirlwind of live shows, award shows and just-show-up-and-smile appearances that would wear on anyone.

In the midst of relentless professional demands, frontman Dan Reynolds separated from wife Aja Volkman. But after a seven-month break, the couple reunited in November 2018 and welcomed a fourth child, son Valentine, on Oct. 1, 2019.

Since then, Reynolds and the rest of Imagine Dragons – guitarist Wayne Sermon, drummer Daniel Platzman and bassist Ben McKee – have tinkered with their fifth studio album, “Mercury – Act 1,” arriving Friday.

It’s a kaleidoscopic musical feast and a lyrically piercing collection of 13 songs recorded with ace producer Rick Rubin, whom Reynolds praised for extracting vulnerability from him and instilling a credo of “brutal honesty” in the studio.

“With his experience, he really knew how to work with the band dynamic, so we could put everything else aside and just create,” Reynolds said.

There is always pressure to replicate past achievements, and Imagine Dragons’ commercial success is staggering. On Aug. 31, “Demons” was certified Diamond (10x platinum) by the Recording Industry Association of America, making them the only band to have three RIAA Diamond singles (“Radioactive” is 14x platinum and “Believer” 10x platinum).

But “Mercury – Act 1” is about more than sales charts for the quartet. It’s a cohesive expression of celebration and mourning, of affirmations and struggles, all packaged with newfound candor.

Reynolds has previously publicly discussed three early singles from the album, “Wrecked,” “Cutthroat” and “Follow You.” The first is a tender tribute to his sister-in-law, Alisha, who died of cancer in 2019, while “Cutthroat” is what Reynolds called “an exorcism in self-pity,” and “Follow You” a love letter to his wife.

But on a recent call from his home in Las Vegas, an introspective Reynolds expounded on a selection of other songs on the new album, talking about them in-depth for the first time, he said, to USA TODAY.

Reynolds: “It’s about loss of friendship. As I’ve grown up, I’ve become more of a recluse, and COVID hasn’t helped that. I’m already an introvert in an extroverted career. But the song is about my best friend in high school who had bone cancer and was in a wheelchair in high school. He’s always, always been there and as the band has traveled, we’ve grown apart, which was heartbreaking for me. I hadn’t talked to him in years and I had him come over after I wrote that song and played it for him and we sat together and listened to it and it was quite emotional for both of us. It’s so hard for me to express (emotions) in person, like, why have we grown apart? It’s so much easier for me to put it in melody and lyrics.”

Reynolds: “That was one of the first songs I wrote for the record, maybe three years ago, which is so strange because people are going to think I wrote it during COVID. But it was really about embracing your sexuality and loving yourself and accepting yourself and accepting those who you love. I think also it’s trying to acknowledge the harm of toxic masculinity that can come from religion and rejecting our LGBTQ youth. But the song is not just LGBTQ-focused – it’s more about acceptance itself and how life is hard and it’s OK to share our hardships with each other.”

‘No Time for Toxic People’

Reynolds: “The theme of the record was facing the finality of life, and it’s scary to think about it. And it’s why we don’t spend every day talking about death because it’s a scary, open-ended conversation. I wanted (this song) to be a celebration of life and knowing that one day, it’s going to be OK. Even if that’s not true, that is the perspective that I have to keep in mind because I have kids who will go into the world and I want it to be a fantastic place for my four kids and I want them to know there is always tomorrow to rid yourself of toxic people.”

Reynolds: “That’s just a love letter to my partner and wife of 10 years. We’ve been through a lot together and she’s the lifeblood of everything I do. I wanted to create this song we could dance to and that was tongue-in-cheek. It started with (Wayne) putting together that Prince-esque guitar. I love the cheekiness of it. Every time I listen to (the song), I smile.”

Reynolds: “I really don’t know what I’m trying to share when I’m sharing it. I never sit down and think, ‘What’s my theme? What am I looking to accomplish?’ It’s more, ‘What am I feeling?’ and five years later I go, oh, that’s what that was about. ‘My Life’ is one of those songs because it’s a vulnerable song and that’s been a hard thing for me. I’ve been overly metaphorical over the years and Rick (Rubin) really pushed me to be more vulnerable. The subject matter is pretty self-evident. I wanted the song to end on a note that felt empowered rather than controlled by substance.” 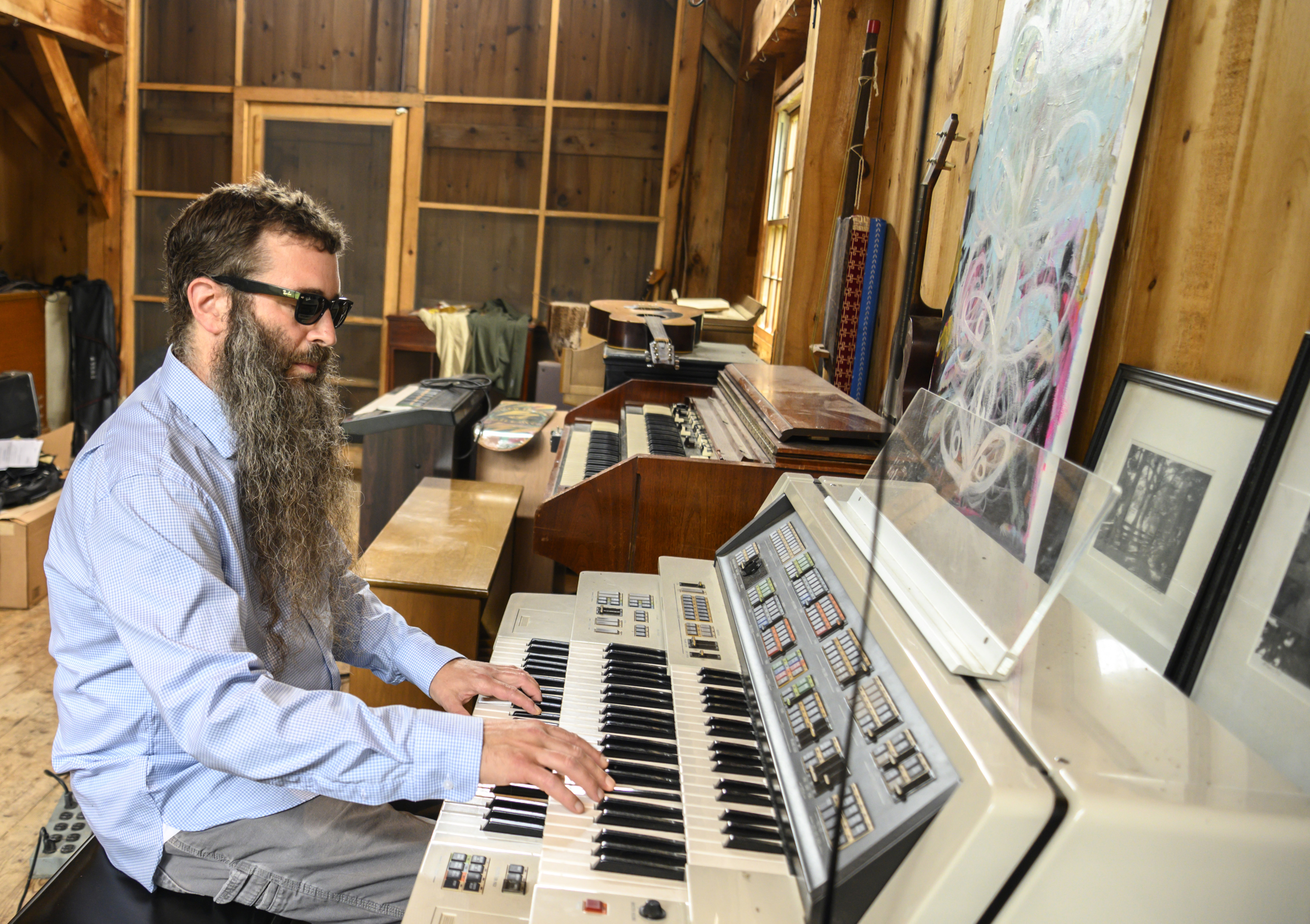