New York Magazine’s The Cut has long occupied a unique place in the fashion media landscape. Under former editor in chief Stella Bugbee, the women’s vertical — part blog, part magazine — was one of the first publications with fashion week credentials to tackle political news, feminism and mental health […]

New York Magazine’s The Cut has long occupied a unique place in the fashion media landscape. Under former editor in chief Stella Bugbee, the women’s vertical — part blog, part magazine — was one of the first publications with fashion week credentials to tackle political news, feminism and mental health in earnest. The wide-ranging mix, delivered with humour and wit, presaged a similar shift in fashion media more broadly that picked up speed during the Trump era, as publications realised they had to expand their coverage beyond the usual designer profile and shopping guide fare to stories from the #MeToo movement or the impact of immigration policy, or risk losing audience attention.

The Cut’s new editor in chief Lindsay Peoples Wagner wants to use her new platform to push difficult conversations not just about the wider world, but also about the industry’s own shortcomings around racism and elitism, topics that have been more frequently discussed in recent years but especially since last summer.

Her editor’s letter for the fall fashion issue, her first go at The Cut’s twice-annual print magazine package since taking up the editor role, is about “whether there is room for fashion criticism in a racist industry“ and describes how the industry’s surface-level efforts to make amends have created “even more of a convoluted space for people of colour like myself.”

She also wrote about the pressure she feels “to get it right at all times, at all costs, that comes from being one of the very few Black leaders of a publication,” saying that often “the high wire can feel like it’s suspended above a pool of piranhas.” 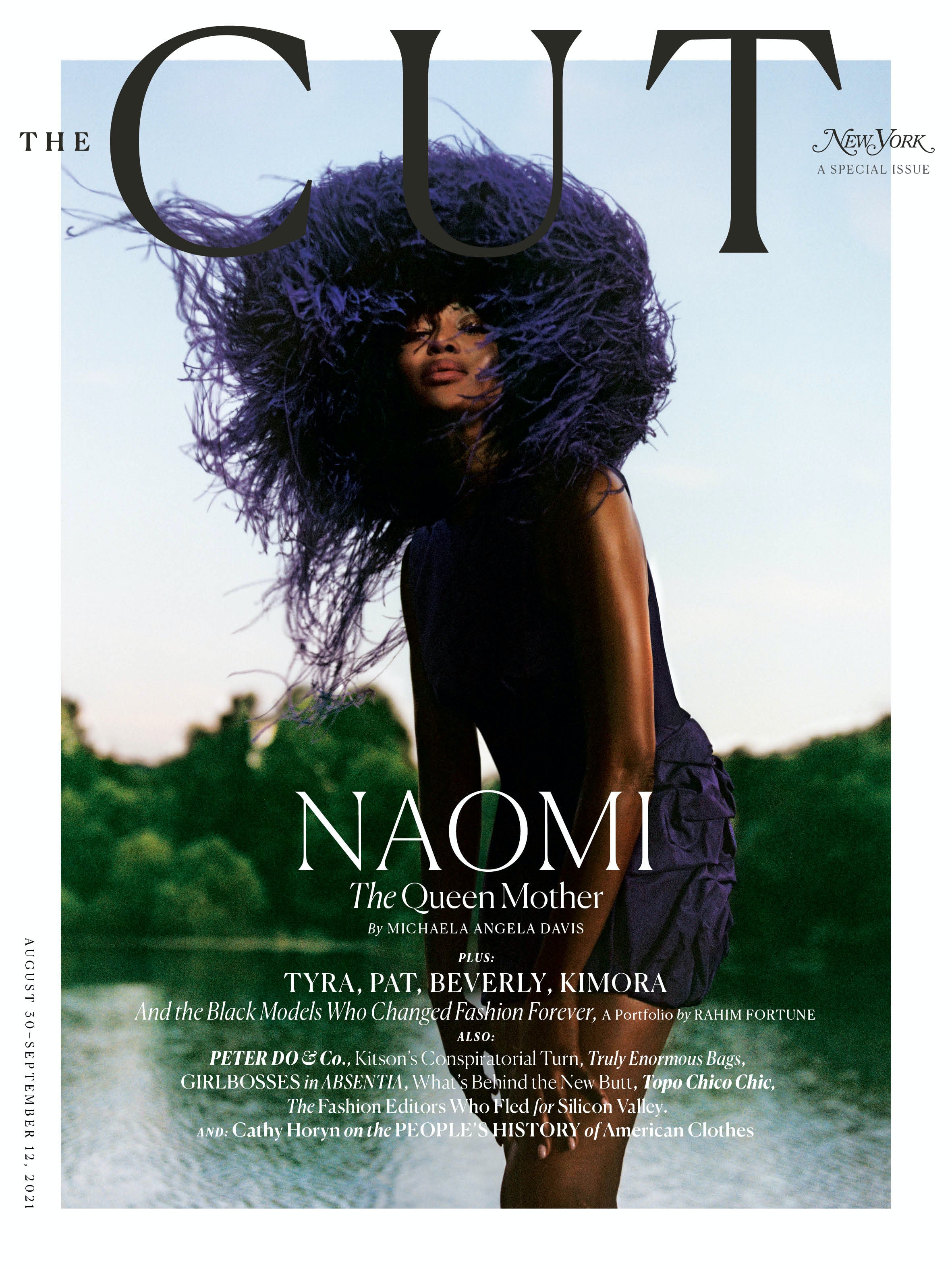 Peoples Wagner has made a name for herself by taking the industry to task. Before she was named Teen Vogue’s editor in chief in 2018, a piece she penned for The Cut on “What It’s Really Like to Be Black and Work in Fashion” raised her profile. In June 2020, she launched the Black in Fashion Council with Sandrine Charles to advance Black professionals and created a yearly report measuring what companies who have signed up to the initiative are doing to further representation. PVH, Everlane and Tiffany & Co. are among the companies taking part.

“We’re in the middle of this pandemic, we’re also in the middle of a reckoning,” Peoples Wagner said in an interview. “There’s definitely some room for us to figure out… [the] conversations that need to be had in the industry that I end up always being the person to bring about, for some reason.”

Other features in the upcoming fashion issue include a profile of Naomi Campbell by Michaela Angela Davis, an anthology of Black supermodels by Jason Campbell, an exploration of the past and future of American fashion by Cathy Horyn, as well as pieces on the “secret shame” of liking Kim Kardashian’s intimates label Skims and fall of “girl boss” founders.

“We wanted to create something that was timeless, that could last forever, that you go back to you and see this moment,” said Willis of the portfolio of Black models, for which the magazine shot Veronica Webb, Tyra Banks, Karen Alexander, Beverly Johnson and Pat Cleveland, among others.

Peoples Wagner wants The Cut to present readers with an “elevated” view of inclusivity, but in a way that is still approachable. For the cover, style director Jessica Willis dressed Campbell in couture from a range of designers including Schiaparelli and Miss Sohee. Willis, who joined The Cut this year on a contract basis and has styled for the likes of Solange Knowles and Pyer Moss, said she aimed to make the resulting images feel more grounded by setting the supermodel in nature, photographing Campbell on a European mountain range.

Peoples Wagner said fashion magazines typically think about inclusivity in terms of price points or “just surface-level race things of, okay, we need to put a Black model on the runway so people don’t say that we’re racist,” she said. “I still don’t think fashion people have an understanding of — it is not a ‘check this box, you did one thing’… It really is holistically looking at everything that we do — editorially, business-wise, all of those things — and saying, how can we be more inclusive of different perspectives in this?”

One example of that is a series of portraits of transgender and nonbinary people by photographer Salgu Wissmath, coupled with interviews about gender dysphoria, published in March. Peoples Wagner pointed to it as an example of a way in which she wants to challenge the idea of a target audience of The Cut.

Peoples Wagner has also started assembling an editorial team “led by women of colour.” She’s spent much of her first five months at The Cut hiring. More than 15 staffers have left the vertical since the start of the pandemic including Bugbee, who stepped down from the EIC role in October and was named the editor of the Styles section at the New York Times in June. Other exits included deputy style editor Izzy Grinspan, who went to Harper’s Bazaar, and executive editor Melissa Dahl, who went to Bustle Digital Group.

Writers including Rebecca Traister and Matthew Schneier, who both also write for other parts of the magazine, remain, as does Horyn. (Peoples Wagner and Willis plan to travel for fashion month this season with Horyn, who will continue to review the shows in the usual format.)

Members of the New York Magazine union, which organised before the publication was acquired by Vox in 2019, released a pay study in August, revealing median salary disparities between men and women employees, as well as between white women and women of colour employees.

“We are confident, based on a thorough and independent pay-equity study that Vox Media commissioned last year, that there are not any systemic patterns of pay discrimination based on gender identity or ethnicity (or the intersection of the two) at the company level, at New York Magazine, or within the News Guild bargaining unit,” said a representative for New York Magazine, adding that the company is working to improve “representation and diversity at all levels.”

“Expanding the perspectives on The Cut has been a huge thing,” said Peoples Wagner, adding that she will be announcing additional new contributors in the coming weeks.

“I want people to feel part of this community whether they know a luxury brand or not, whether they care about skincare or not,” she said. “Who is a ‘Cut person’ has to expand.”

A New Chapter at the Cut

The 45 Most Anticipated Albums of Fall 2021: The War on Drugs, Kacey Musgraves, Lizzo, Drake, and More

Tue Aug 31 , 2021
Another year is nearing its end, which means one last batch of records before turning the calendar to 2022. Some of these albums, like Lil Nas X’s Montero, have been teased for quite some time, while others, like Kacey Musgraves’ Star-Crossed, seem like they’re arriving just as soon as they’re […]