Last week, Japan, where the company operates some 800 Uniqlo stores, declared a fourth coronavirus state of emergency in Tokyo, just two weeks before the Olympic Games are due to begin.

“With the declaration of a state of emergency again, it is expected that customers’ willingness to go out and shop will be more restrained,” Chief Financial Officer Takeshi Okazaki told reporters in Tokyo. “We expect that trend will continue for the time being, so we have revised our business forecast to reflect this.”

The interim results were bolstered by strong sales of masks, lounge wear and other goods that befitted the stay-at-home lifestyle of the pandemic.

The company has been among the more resilient retailers during the COVID-19 pandemic, as Uniqlo’s focus on China and Japan helped it escape the worst of the downturn in the United States and Europe.

But the company had to deal with crises in Myanmar and China that upset supply lines and created reputational challenges.

Earlier this year, it was forced to halt operations at some partner facilities in Myanmar, where a military coup has led to social unrest.

In China, the company and other foreign brands are facing customer backlash over criticisms of alleged human rights abuses in Xinjiang province. Fast Retailing operates about 800 Uniqlo stores on the mainland.

The company lost an appeal with United States Customs in May after a clothing shipment was impounded because of suspected violations of a ban on Xinjiang cotton.

Earlier this month, a media report said Fast Retailing was among four retailers being investigated by French prosecutors for suspected concealing of human rights abuses in China. The company said there was no forced labour in its supply chain.

CFO Okazaki reiterated that the company wasn’t aware of any problems in its supply chain and that it would cooperate with any probe from authorities.

Sun Jul 18 , 2021
picture allianceGetty Images After a year-long hiatus, celebrities returned to the Cannes Film Festival, and they were ready to party—and what’s a party without fabulous jewels? This year the buzz was all about the glamorous and surprisingly daring jewelry worn on the red carpet. One of the unexpected looks came […] 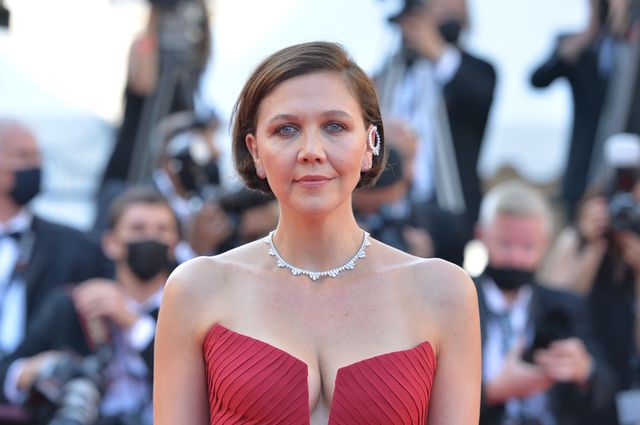