Joey Lawrence believes his upcoming film “Swim” with Tubi will give viewers a type of “escapism” from real life.

“Swim” is set to be part of Tubi’s shark month content, according to Stephanie Weaver with FOX Television Stations. The 45-year-old actor told the outlet he hopes the film gives viewers a reprieve from the drama going on in real life.

“I want people to… forget all about the real-life headlines and all the real-life drama that is falling upon us hourly, minute-by-minute, and just sit back for a couple hours,” Lawrence said.

“This will be escapism hopefully for a lot of people, a thrill ride for a lot of people. Have some popcorn, sit down with the family and friends and just watch a good old-fashioned shark try to catch some people in the water,” the actor continued.

Joey Lawrence believes his upcoming film ‘Swim’ will give viewers a type of ‘escapism’ from real life. The film is part of Tubi’s shark month content.
(Photo by Allen Berezovsky/WireImage via Getty Images)

“Hopefully, it will just be fun, that’s what this movie is intended to be: fun.”

Lawrence recently announced his engagement to actress Samantha Cope in an interview with Page Six. It’s unclear when the two actors actually got engaged.

“When you least expect it, obviously, is like when it usually works right in between all the plans that we make,” the “SWIM” star revealed to the outlet in the interview published Tuesday. “And I just met the most amazing person ever. Like your best friend and that person you really do share pretty much everything in common with.”

“I know when you grow up, you always hear about opposites attract. But as we get older we realize you really do have to grow old with your best pal because there are so many areas in life where, you know, it will tear you apart if you’re not.”

What Is Daiso? Here's Everything You Need to Know About the 'Japanese Dollar Store'

Sat Aug 14 , 2021
If I were to be trapped in one store for eternity, please, let it be Daiso. While it’s famously known as the ‘Japanese dollar store,’ make no mistake: the quality of its products surpasses anything you’d find from Dollar Tree or 99 Cents Only Stores. Also, most things are under […] 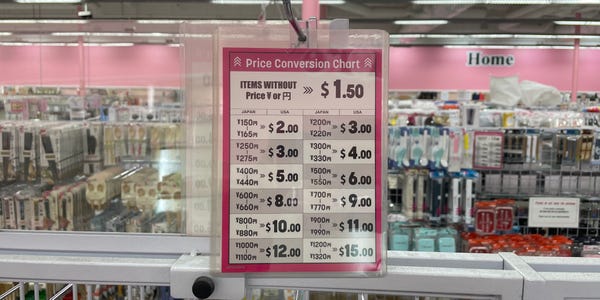