With rain in the forecast for the bulk of Independence Day weekend and the price of meat at an “all-time high,” many vendors are at a loss for what to expect in sales for the summertime holiday.  “It’s a very big unknown,” said Shane Murray, meat and seafood manager at Clements’ […]

With rain in the forecast for the bulk of Independence Day weekend and the price of meat at an “all-time high,” many vendors are at a loss for what to expect in sales for the summertime holiday.

“It’s a very big unknown,” said Shane Murray, meat and seafood manager at Clements’ Marketplace in Portsmouth. “I don’t really know what to expect. I plan for it to be busy, regardless.”

Barbecues and grilling are typical hallmarks for Fourth of July parties, but showers can put a damper on outdoor cooking plans, so butchers like Murray usually take weather into account when ordering stock.

Murray said he faced a similar situation with this year’s rainy Memorial Day weekend, another holiday when a outdoor cooking takes place. However, Murray said the weather might have less of an effect on sales than it usually would, since people are so eager to throw celebrations now that pandemic restrictions have been mostly lifted.

“This year, it seems like people are going a lot harder on their parties and they’re grilling because last year no one could do anything,” Murray said. “Weather always plays a big role. For Memorial Day, we weren’t nearly as busy as we would have been if it was nice out.

Local markets also faced supply issues in preparing for this year’s Fourth of July weekend, as the staffing shortages for warehouses and trucking companies have made regular shipments of meat difficult to manage.

Murray, who has worked as a meat manager for 17 years, planned ahead and ordered his stock in advance. He said a lot of the problems with supply shortages revolve around the hiring crisis.

“(Warehouses) have a huge shortage of pickers, so the trucks aren’t getting filled until way later because they have a lot of new people, and a lot of stuff gets wrong, so it gets sent back,” Murray said. “Then a lot of truck drivers aren’t getting to the areas they’re supposed to on time because a lot of places have cut-off times.

“Like, you can’t come to our store past 5 o’clock and there’s no one to receive it … There’s just been a lot more issues on the back end of getting stuff to stores.”

Because of the hiring shortage and the lingering effects of blizzards and droughts in the Midwest, the price of meat has skyrocketed to an “all-time high,” according to Steve Thomas, store manager at Tom’s Market in Tiverton.

Help wanted:New Marco’s Cafe set to open in downtown Newport — if it can find employees

Although meat prices have dropped a bit in the past couple of weeks, they are still a few dollars higher per pound than they usually are, and that affects how much product they are able to sell.

“Meat prices have been elevated for a while,” Thomas said. “We’re probably selling 30% less than last year at this time and the holiday doesn’t really affect that, especially now with the rain for three of the four days. We’re expecting to have some business, but I don’t think it’s going to be too crazy.”

Still, Thomas said they’re prepared for the holiday and expect a pretty solid turnout from the pandemic restrictions being lifted.

Despite the rain and prices, customers have yet to cancel their pre-orders at Aquidneck Meat and Provisions in Middletown, said owner Sheryl Callaghan. Callaghan said she has secured a reliable supplier, Kinnealey, which has helped her keep up with the holiday demand.

“It’s a little bit hard to plan because prices are so high,” Callaghan said. “Certain items, like filet in particular, we started slowing down our ordering on them, but the demand is still there regardless of the price.”

Callaghan said Independence Day marks the beginning of a busy meat-selling season, which lasts until Labor Day, and is definitely one of the top five holidays for the business. Like Thomas and Murray, she expects a healthy Fourth of July weekend in spite of the forecasted rain.

“Whereas maybe three years ago, if it was going to be a washout weekend, it was a little more of a disappointment. I think at this point, people are just happy to be able to get together with people,” Callaghan said. “They don’t really care if it’s raining a little bit.”

Sat Jul 3 , 2021
LUNA by ULAH, a women’s version of the Westwood clothing store that opened in 2016, is moving in two doors down from ULAH by fall 2021. Co-owners Joey Mendez (center) and Buck Wimberly (right) brought on Elise Alexander (left) to help with the women’s store. Photo courtesy ULAH. ULAH, a […] 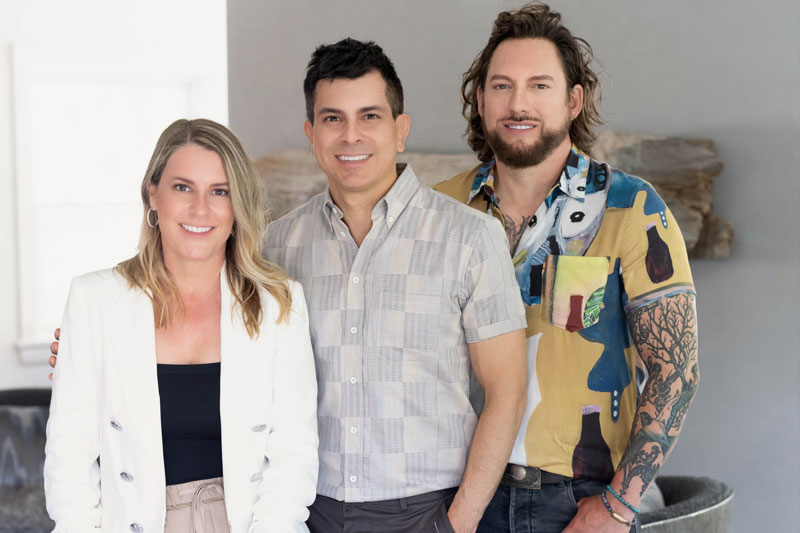