More than a month after Kanye West’s long-awaited 10th studio album was initially scheduled to be released, “Donda” is streaming online.

“This album is the best thing to happen to me this year,” Twitter user @kaeelum wrote.

“Album of the year already,” @Juni_Millz added. “This one can’t be topped.”

But on Sunday afternoon, West claimed Universal Music Group, parent company to Def Jam, released the album without his approval.

“UNIVERSAL PUT MY ALBUM OUT WITHOUT MY APPROVAL AND THEY BLOCKED JAIL 2 FROM BEING ON THE ALBUM,” he wrote on Instagram.

USA TODAY has reached out to UMG and Def Jam for comment.

A handful of “Donda” songs seemingly nod to Kim Kardashian filing for divorce from West this past February after nearly seven years of marriage. They share four children: North, 8, Saint, 5, Chicago, 3, and Psalm, 2.

“I pray that my family they never resent me / And she fell in love with me as soon she met me / We both got it bad mama, bag is more heavy / We have to start countin’, it’s gettin’ too petty,” West raps in “Off the Grid.”

But could the two still have it “bad” for each other? On Saturday, Kardashian confirmed that she joined West onstage Thursday night wearing a veiled Balenciaga Haute Couture wedding dress from the fashion house’s fall 2021 collection, though she stayed mum about what it meant for their relationship.

USA TODAY has reached out to their representatives for comment.

Throughout the album’s delays (it was originally slated for release July 23), West gave fans plenty to talk about. He hosted three listening sessions: two at Atlanta’s Mercedes-Benz Stadium, and one this week at Chicago’s Soldier Field Stadium. Each event gave fans a sneak peek at West’s latest draft of “Donda,” including guest performances by major artists and shocking moments (see: West and Kardashian in a wedding-esque scene, and the rapper appearing to set himself on fire).

Another controversial choice from Thursday’s show: West’s choice to feature DaBaby, who has faced backlash for spewing homophobic comments, and to invite the “Suge” rapper onto the stage with Marilyn Manson, the rock star who has been sued by several women who accuse him of sexual assault and abuse.

Call him Ye:Kanye West files to legally change his name to Ye for ‘personal reasons’

Though Roddy Ricch, The Weeknd, Travis Scott, Young Thug and Lil Baby are also among the album’s featured artists, West is the only one credited as a performer on streaming sites.

However, one artist who was allegedly left off the record was Soulja Boy, who claimed Monday that his verse had been removed from “Remote Control.”

“If he didn’t like the verse he should of said that don’t text me acting like u (expletive) wit it then secretly take it off,” he wrote in a series of tweets, which also included a video of his alleged verse.

DaBaby and Jay-Z had both been featured on iterations of “Jail,” but only Jay-Z appeared on the track when it was first released Sunday. West shared on Instagram early Sunday morning since-deleted screenshots of texts supposedly from his manager that claimed DaBaby’s manager wouldn’t clear his appearance on “Jail,” which would further delay the release.

“Jail pt 2,” a song that gives writing credits to DaBaby (listed by his real name, Jonathan Kirk) and Manson (Brian Warner), was on the track list when the album was released but only became available to stream hours later.

USA TODAY has reached out to West’s representatives for comment.

Fuzz Was The Future: How a happy accident sparked the rock revolution of the 60s | Guitar.com

Mon Sep 6 , 2021
Last month, I explained how a ride in my dad’s truck with Marty Robbins’ 1959 Gunfighter Ballads and Trail Songs as the soundtrack, stoked my passion for music, and how to my surprise, later in life, Marty was directly involved in guitar’s evolution toward the guitar sounds we find common today. […] 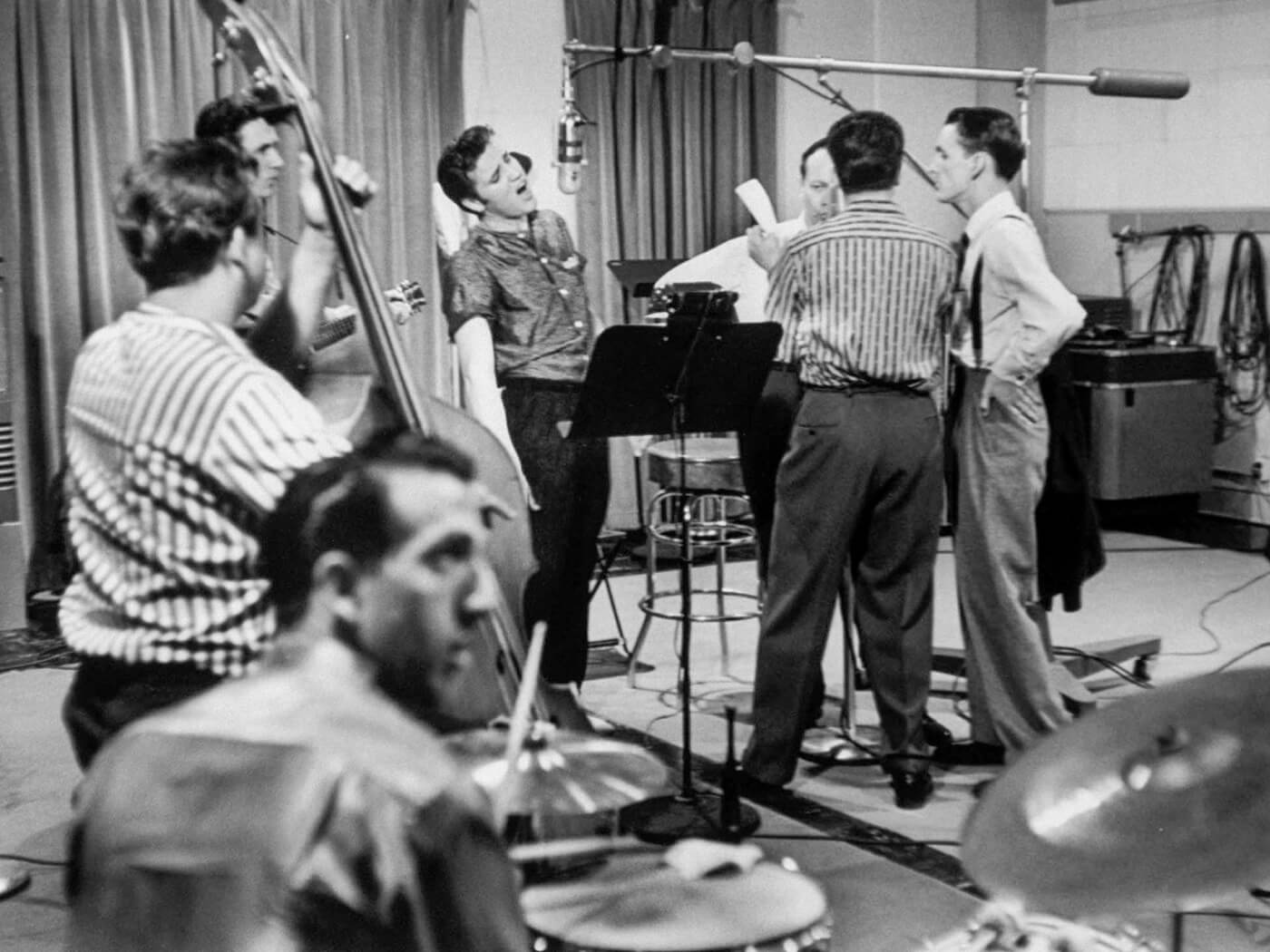