Saluda-based singer-songwriter Aaron Burdett has been a member of Western North Carolina’s music scene for more than a decade, but the past two years has seen him garner his most chart success.

In 2020 Burdett’s “Rockefeller” was released and the track hung around the bluegrass charts for a while.

Burdett will celebrate his new album with a 7 p.m. show July 10 on the main stage at Isis Music Hall in West Asheville. The album, which is on Organic Records, will be released July 9.

“Like every album I’ve released so far, this is a collection of songs plucked from the preceding few years,” Burdett said in a press release. “I am not sure how songs happen or why they materialize when they do, or why most get left behind unfinished but some get completed and recorded. I try not to worry too much about it. All I can do is look back when an album is released and try to find correlations.”

“Rockefeller” wasn’t just a high performer on the charts, but also earned Burdett a spot as one of three finalists for the prestigious Chris Austin Songwriting Contest at Merlefest for 2020 (the competition was postponed until later this year). He’s has success in these types of contests before, having won the won first place in the folk category of the USA Songwriting Competition with his song, “A Couple Broken Windows,” in 2019.

A global pandemic gave the members of Kendell Street Company plenty of time to write and record new music. Honestly, it gave the Virginia-based rockers the title to its newest double LP project, “The Year the Earth Stood Still.”

The two-act “space opera,” a term the band uses for the songs, was recorded after five nonstop days of improvisational recording sessions.

The group will bring its new music, along with a catalog of other songs, to its 7 p.m. show July 10 at Salvage Station. Openers for the outdoor show will be Asheville’s Hustle Souls.

The first act of “The Year the Earth Stood Still,” titled “Part I: Ninurta,” will be available for listening on June 11 and the full double LP, including “Part II: Inertia,” comes out on Sept. 24. The first part is eight tracks of emotional soundscape, while the second part contains lyrics.

““This concept of building an album from scratch is an idea we had been talking about as early as 2016 while learning about the magic that can take place in a studio environment,” saxophonist Jake Vanaman said in a press release. “Without the pandemic, I’m not so sure we would have taken that deliberate pause to make such a project happen.”

One of Oregon’s hottest swing bands hits the Asheville scene as High Step Society plays at 9:30 p.m. July 10 at One Stop at Asheville Music Hall.

The seven-piece band, led by singer Betty Jaeger, isn’t your typical swing band that plays in the style of acts from the Jazz Age. No, this group includes Nara Reicher, a DJ who adds an electronic edge to the songs.

Add in some brass instruments and some synthesizer sounds and High Step Society brings a danceable beats and unorthodox arrangements to the stage.

Johnson, of course, fits in perfectly with those musicians and many others that are considered part of country’s outlaw music genre.

Another song that easily made the setlist for Johnson was his monster hit “In Color,” which won Song of the Year in both the 2009 ACM Awards and CMA Awards and cracked the country music charts top 10 at the beginning of 2009.

Johnson returns to Western North Carolina with a 7 p.m. show July 9 at the outdoor venue, Rabbit Rabbit. Openers for the show include Whiskey Myers and Reyna Roberts.

Mapping the Universal Language of Music

Fri Jul 9 , 2021
Musical talent must skip a generation; Mother was a brilliant pianist, but I have been trying to learn to play a single song on the banjo for years. Despite my own ineptitude, music has been a universal element of human civilization for countless generations. Every culture on every continent has […] 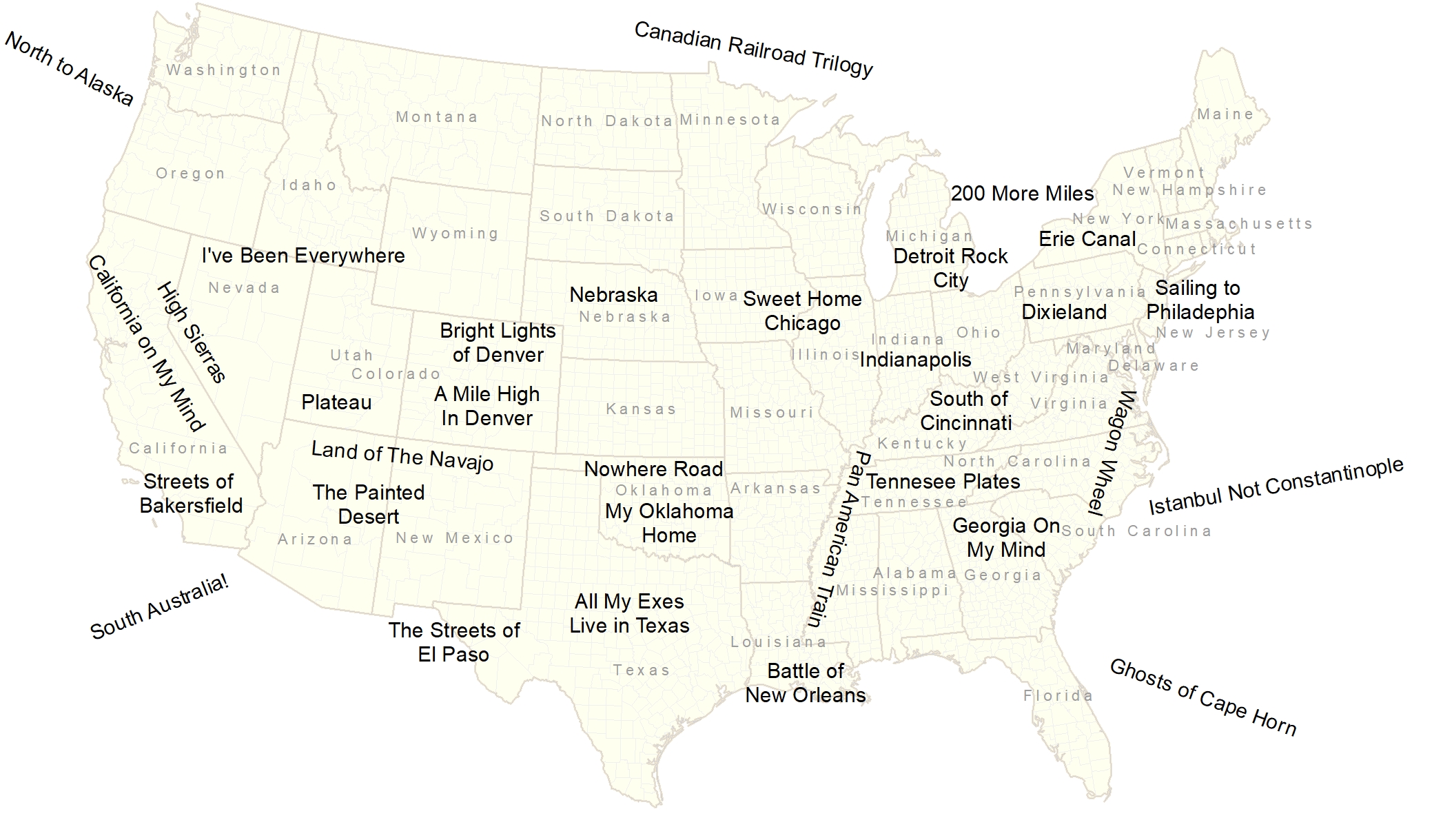