Google’s new home assistant is called Nest Hub. It offers the same voice control features as any home assistant, with the added bonus of a touch screen that looks like a mini tablet. By also accessing videos, Google offers users the opportunity to take a new step.

Our opinion on the Google Nest Hub

The American giant Google is no longer just the master of the Internet. It now sells smartphones, connected objects for the home and home assistants. With its Google Nest Hub, it inaugurates a new category: voice assistants with screens. Amazon, its direct competitor in this market, already has its own foal called Echo Show. By gaining a screen, home assistants open up to new functionalities, when they were already complete: they can respond to voice, provide information, play music and control connected objects. When seen in action, Google’s voice assistant is quite impressive. Not only does he respond to oral requests, but he is quite intelligent in the matter, since you can talk to him “normally” to make yourself understood. The Google Nest Hub can do just about anything. He would eventually lack a camera to take pictures and do video conferencing. But can we blame it when Google markets it at the very affordable price of 129 €? Not really. Especially since a Google Nest Hub Max, precisely equipped with a camera and a larger screen (10 inches), should soon be marketed in France. 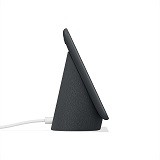 For its beautiful screen (whose color and brightness adjust automatically)

For the high-performance voice assistant

For its ability to control connected objects in the home Introductory price: 129.99 euros

A home assistant with classic features

Home assistants usually come in the form of speakers. They can therefore broadcast music, the radio or communicate any type of information. Because the specialty of these intelligent devices is to respond to requests that we formulate orally. They achieve this thanks to the presence of a microphone that allows them to listen to requests and an on-board artificial intelligence. It is she who gives them the opportunity to understand what is being asked of them, however it is formulated. No need to use specific keywords to make them obey.

They can, for example, be called upon to obtain an answer to a question of general culture, to know the weather forecast, the state of road traffic, to program calendar reminders or even to draw up a shopping list dictated orally. In short, we can ask them all the questions that we usually type on the screen of our smartphone, but simply by speaking.
They have another skill: the ability to control connected objects throughout the house, provided that they are compatible. In this case, the connected objects compatible with Google Assistant are quite numerous.

The assistants pilot these objects individually or in groups – we then speak of scenarios. For example, you can ask: “OK Google, lower the temperature by 2 degrees” so that the assistant takes care of transmitting the orders to the connected thermostat. Or “OK ​​Google, I’m leaving” so that it triggers the grouped actions within the scenario in question: turn off the lights, lower the temperature, activate the surveillance camera… The Google Nest Hub, the latest from Google , knows how to do all this. 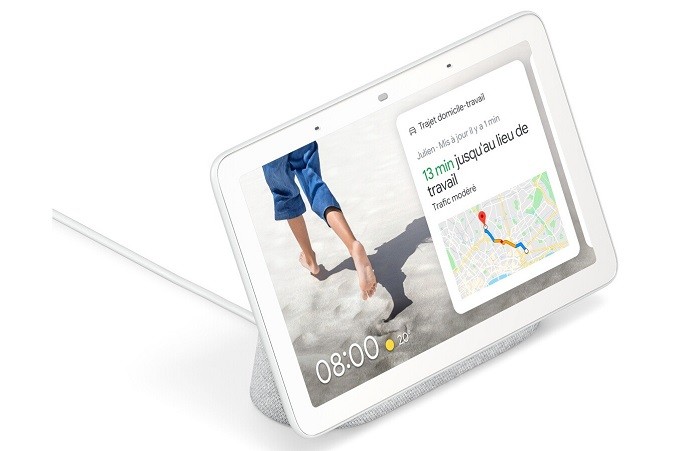 And as a bonus, it is able to broadcast photos or videos on its 7-inch LCD screen, or almost 18 cm diagonally. It is a touch screen, like that of a tablet, on which it is therefore possible to carry out a search or to control the device with your fingertips if desired. This screen is also equipped with ambient light sensors. They allow it to adjust its own brightness and colors according to the light present in the room, in order to broadcast content in the best conditions.
This screen can provide some services to its users, in particular coupled with Google’s voice assistant. For example, cooking enthusiasts will appreciate having voice access to a recipe and being able to view the texts or images when their hands are full of flour. Children will be able to take advantage of visual content such as the Maître Gribouille application to learn how to draw… Thanks to the screen, the possibilities become much wider.
Can we watch any content on the Google Nest Hub? Yes, since it is connected to the Internet, one can watch any page, video or image. However, Google has partnerships with some apps that optimize their content specifically for the Google Nest Hub. For the kitchen, for example, 750g is a partner, so that the recipes are optimally presented on the screen of the device to be displayed step by step. Among the partners, Google also counts Youtube, MyCanal, Deezer, Spotify and many others. 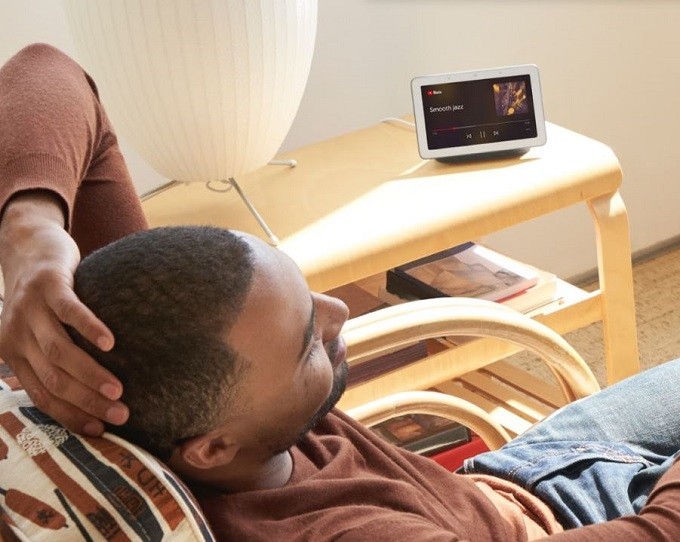